"I was sent to the former Soviet Union Patton Institute of Welding to study as the first Chinese to study there 60 years later, to witness the joint project of the Patton Welding Institute settled in Kunshan, I am both sincerely happy , But also feel the heavy responsibility! "December 5, in the" Sino-Uruguay Welding Technology International Joint Laboratory "inaugurated the ceremony, more than eighty years of our famous expert Sun Zi Jian welding said with deep feeling.

Built in 1934, the National Academy of Sciences of Ukraine Patton Welding Institute, with nearly 3,000 senior staff, including 16 academicians, more than 60 Ph.D., is one of the world famous Institute of welding. Mainly engaged in the welding of the basic theory, application and technology development research, has now formed a very perfect and has its own unique style of scientific research system, has made a lot of the world's advanced level of technological achievements, and is widely used in shipbuilding, space and aerospace Business, weapons manufacturing, natural gas, oil extraction and transportation, energy products and more. He is currently also engaged in basic and applied research, development of new technologies, new materials, new equipment, control, inspection and diagnostic systems, as well as welding, painting, metallurgy and related processes.

"In welding, we have worked extensively with China over the years, including aerospace, large ships and nuclear power." Vladimir Nikolayevich, director of the Barton Institute for Welding and member of the Ukrainian National Academy of Sciences, Said, "The joint international laboratory set up this time will be included in the overall framework of cooperation with China. With Huaheng Welding good industrialization and industrialization foundation, there will be a very bright prospect in the welding field."

According to reports, in order to deepen the international cooperation in science and technology with other countries along the "One-Belt and One-Road" and to make better use of the technical advantages of the Barton Institute of Welding in the field of welding technology and the welding automation equipment of Kunshan Huaheng Welding Co., Ltd., this year In the first half of the year, with the promotion of the Kunshan municipal government and the Guangzhou Commonwealth of Independent States, the two sides signed an agreement on the international cooperation in establishing the "Joint International Laboratory of China-Ukraine Welding Technology".

The laboratory will devote itself to international cooperation in technology transfer, personnel training and co-production of related products and equipment. Since the signing of the agreement, both parties have started the joint tackling of "all-position MAG welding technology" for the key technologies of thick-walled pipe welding, combining with the market demand in nuclear power, petrochemical and other fields. Welding "and other five welding process areas. Zou Jiasheng, chairman of Jiangsu Welding Association, said that Jiangsu is a big manufacturing province. In particular, a large number of manufacturing enterprises have been gathered in Kunshan and Suzhou areas. The establishment of advanced welding projects will help push forward the welding business in Jiangsu.

As a domestic partner, Kunshan Huaheng Welding Co., Ltd., headquartered in Kunshan Development Zone, developed and pioneered the first industrial welding robot unit named "Kunshan No.1" with independent intellectual property rights in China as early as 2007, becoming one of the first domestic welding automation R & D and manufacturing equipment leaders. Xu Xujiong, chairman of the board, said that the current cooperation project is just the beginning. In the future, both sides will also carry out researches on the topics of high-strength steel welding, laser welding and outer space welding. "With the international cooperation in the Belt and Road initiative, the laboratory will become a new platform for us to open up the European market and enhance our innovation capability." To: Jiangsu, China - Xinhua Daily 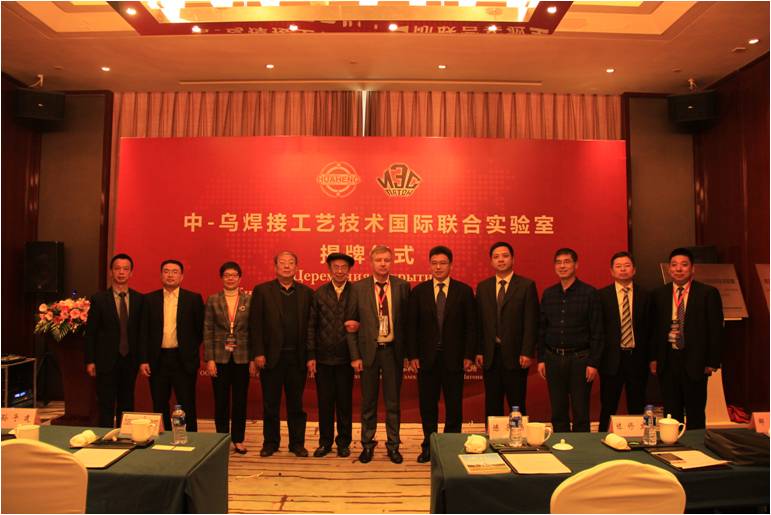